The black hole of urban mobility 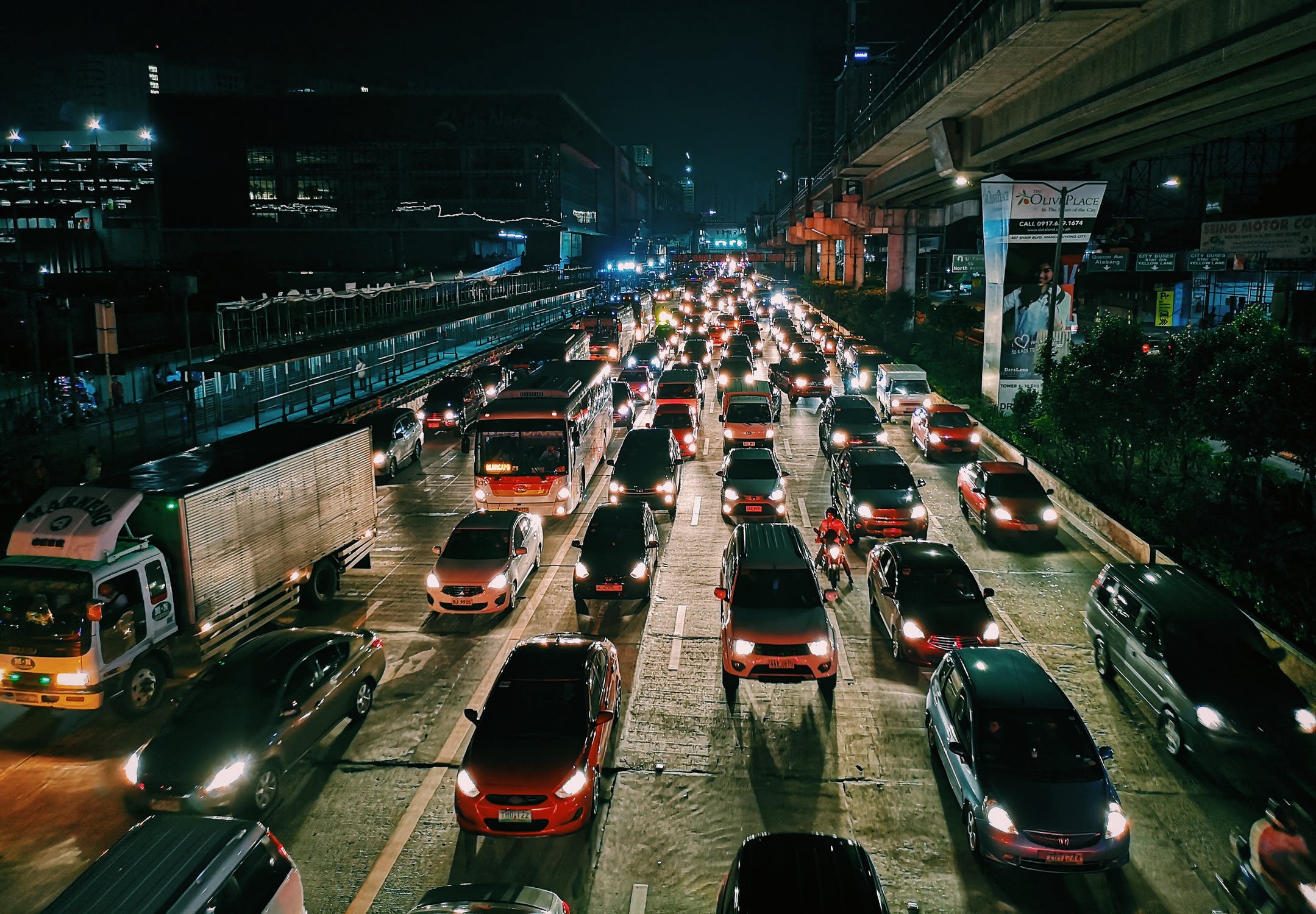 Unprecedented times imperil the transportation industry. Troubling for international travel without question, as airlines are poised to lose up to $113B in passenger revenue due to coronavirus. Zooming in to the regional level, Uber reported that trips are down 70% in impacted areas and Transit posted a 66% decline in transit demand. For once, roads are clear and public transit is a wasteland. For once, traffic isn’t the bane of productivity and equanimity. While we all remain in our homes gazing at the desolate streets afar, it’s an interesting time to consider what those streets looked like just a short while ago. How is the whole process organized? Moreover, where are there opportunities to better organize urban mobility and traffic once everything returns to our highly-congested “normal?”

Roads with bottlenecks and delays result in 91 million hours of wasted time for Americans each year. This problem is not only large in the US but also compounding around the globe. From 2010 to 2016, congestion rose in London by 14%, in Los Angeles by 36%, in New York by 30%, and in Beijing and Paris by 9%. This inefficiency stems from the failure of both our supply chains and transit systems to evolve in tandem with our cities. In the long-term, car-sharing, connected-vehicle, and smart-city technologies are believed to resolve much of this, yielding trillions of dollars in economic benefits, but what are we doing right now?

In an expensive effort to curb congestion in urban regions, we have overwhelmingly prioritized one strategy: we have spent decades and hundreds of billions of dollars widening and building new highways. We added 30,511 new freeway lane-miles in the largest 100 urbanized areas between 1993 and 2017, an increase of 42%. That rate of expansion significantly outstripped the 32% growth in population in those regions over the same time period. - Transportation for America

Sounds pretty good? However, there is a finite amount of space in cities and the benefits of adding lanes, carsharing, and congestion pricing only go so far. As Transportation for America reports, congestion increased 144% from 1993 to 2017 despite the US adding 42% more freeway lane-miles during that time. In California, for example, another study found that new additional traffic will fill up to 90% of any increase in highway capacity within just five years. This traffic conundrum is known as the Downs-Thomson Paradox: improvements in the road network can make congestion worse if the improvements make public transit more inconvenient or if it shifts investment away from the public transit system. Even though this principle has been widely studied and apodictically accepted, current handling of traffic seems to simply ignore this fact.

Traffic management involves both the control & coordination of stoplights and the proactive “pushing & pulling” of vehicles to maximize flow through urban traffic networks (UTNs).

Traffic flows are managed and operated by the city/regional Department of Transportation (DoT) with cooperation from local transit authorities. In NYC, this would be the NYC DoT and the MTA; in SF, this would be Caltrans and the MTC; and in Chattanooga, it’s the Chattanooga DoT and CARTA. These government agencies are responsible for all transit planning within their respective jurisdictions. These responsibilities include decisions regarding how to interweave multiple transport modes, route vehicles, optimize traffic signal timing, and revise traffic patterns.

Of all these considerations, intersection planning constitutes the majority of the budget for traffic management divisions.  The agencies themselves do not handle the legwork in reengineering these flows. They outsource to transportation engineering consultants like Gibson, Arup, and Nelson Nygaard, which are contracted for these projects and are usually paid per intersection managed.

Intersections are studied and analyzed over the course of what could range from weeks to months and improvements are implemented manually based on traditional data sources and methods. In a typical case, engineers collect data on metrics like accidents, pedestrian walking speeds, vehicle passthrough (using pressure plates), traffic volumes, and patterns at individual intersections. Once distilled into actionable insights, the teams will then extend these inferences to manage light times and add additional signals or phases at individual intersections. Lights are calibrated to cycle through between two and eight phases, depending on the complexity of the intersection. Oftentimes, the proposed solutions require significant infrastructural changes such as adding sidewalks, raised medians, safety islands, and specially-marked alternative lanes. Below is an example of such a project conducted in New York.

In addition to handling higher traffic volumes, the other ongoing battle that transit agencies must fight is with pedestrians. Modern traffic engineering rests at the intersection of safety and mobility. There is a constant balancing act between increasing mobility and preserving the freedom and wellbeing of pedestrians. Pedestrians want fewer cars on their streets and more greenspace. Collectively, pedestrians are fighting back against the DoT mindset that “cars come first,” which while the DoT may not admit it, is historically evident through the organization’s policies and actions.

On a broader scale, engineers will explore the local network of intersections to determine whether lights need to be staggered differently or if cycle lengths should be adjusted. On the whole, this traditional operation reduces blatant inefficiencies and safety concerns but doesn’t capture the full potential available. These modifications alone cannot remedy the overwhelming traffic burdening our growing urban areas around the world. It’s not just about optimizing a few intersections or tweaking signal patterns in concentrated areas. What you really need to do is factor in every light in the city and make coordinated decisions subsuming all the nodes in the network. Traffic engineers have come a long way from reporting on flows from helicopter fly overs, but they are still far behind what cutting-edge AI and computer vision can offer.

A consultants’ efficacy is assessed across various metrics that include travel time reduction, stoppage reduction, accident reduction, emission decreases, pedestrian safety, pedestrian space, predictive accuracy, and capital efficiency. Again, this is accomplished through managing factors such as traffic lights, routing, tolls, pricing, signal timing, lanes, and other infrastructure changes. While benchmarks will vary from city to city and even zone to zone, the transit agencies are aiming for figures in the realm of 20% for travel time and emission reduction.

The main drawback to the solutions that traffic consultants offer is that they are neither real time nor scalable. Intersections have to be studied individually since hindrances vary from intersection to intersection and the improvements are implemented on an ad-hoc basis. Additionally, even when these solutions are rolled out, the systems still take several minutes to respond to changes in traffic and the intelligence behind them has to be updated manually. The glaring opportunity is that transport operators have unique access to this incredibly useful stream of data, but they lack the tools and sophistication to maximize the intelligence derived from it at a macroscopic level.

New technologies like traffic lights with vehicle-perception systems can communicate with each other across the grid in real time and dynamically allocate lanes to the direction with more traffic. Integrating car positioning data from license plate recognition, cellular networks, and GPS-equipped devices takes this even a step further by enabling full-scale intermodal management of vehicles, pedestrians, buses, and bicycle traffic flows. In small tests, such tools have reduced commuting times in sections of Buenos Aires by as much as 20%, San Jose and Houston by 15%, and Mumbai by 12%.

In another recent ATMS proof of concept, Ford and Microsoft teamed up in a quantum computing experiment to simulate traffic flows in Seattle. Ford pitted a "selfish" routing system, in which each car calculated its own best route on its own, against a "balanced" traffic routing system that took all the cars' plans into account. The balanced system cut Seattle traffic by 73% and shortened commuting times by 8%. Nevertheless, ATMS currently exists more as an abstract theory than an actual solution. Hundreds of companies will be involved in all aspects of collecting and making sense of this new data in full-blown smart city solutions. As we march towards that future, considerations around mobility interoperability and planning for autonomous vehicles will grow in importance. With that said, only 6% of the US’ largest cities are proactively planning for that autonomous future. This all indicates the potential of prospective traffic management technologies but the difficulty in translating that ROI potential for urban decision makers.

Among venture-backed startups, we’re seeing the rise of multimodal transport and solutions that enable seamless mobility. Better utilization of modes and matching them with the use cases they are best suited for could reduce travel times by upwards of 25%. Uber and Lyft have been building towards this vision of a seamless future with acquisitions and expansion into multimodal with scooters and helicopters. All of this is captured with Uber’s new tagline, “we are the operating system for your life.”

Microtransit solutions like Via deliver much more widespread service at similar cost. In theory, smaller buses, operating at a lower cost per mile with less labor, would provide more frequent service at lower fares. In praxis, Bridj and Chariot succumbed to the fact that microtransit is squeezed between the high cost of complying with regulations and providing a service that people can afford.

Some workarounds we’ve seen involve enabling public systems with private technology. The key insight here is that no public transit systems are set up to be profitable businesses so trying to replace them is a recipe for disaster. Instead, some startups are positioning themselves as ancillaries for public transport. Cities have previously collaborated with private companies to design and adopt smartcards, open data, and universal apps that will allow riders to find, compare, book, and pay for trips that combine buses, trains, bikes, and ride-sharing vehicles. For example, Token Transit (a portfolio company) is offering seamless mobile payment solutions for city bus services around the country — reducing friction for mass transit. Another startup, Blaise Transit, is building a planned transit solution similar to Via, but the team is working directly with cities to utilize their existing bus infrastructure.

The other leading thesis in mobility revolves around the idea that AV technology is a missing but necessary link if we're ever to overcome UTN congestion. Nevertheless, this doesn't necessitate fully-fledged Level 5 robotaxis, as is indicated by May Mobility’s success thus far. Shuttles could be used in residential communities to link to existing transit lines for trains and buses. These “islands of autonomy” are the key to unlocking the entire register of private and public transit. This matching of modes is what we see as the ultimate means through which we realize the full potential of mobility and reduce congestion in the near term.

Granted, this will require continued public-sector involvement to create policies that limit the negative aspects of these various solutions while reinforcing the positive. Accomplishing this, such services will consistently match customers with the most efficient and environmentally-friendly travel choices, reducing UTN congestion across the board.

Holistically, traffic congestion robs US drivers of over $300B a year. Leaving this situation unattended will only serve to exacerbate the problem as urban ecosystems move to house more than two-thirds of the population over the next 30 years. While the implications of the ongoing pandemic may attenuate the aggressiveness of that forecast, the manner in which traffic is currently managed in cities is both lagging behind the progress made in other aspects of our lives and forfeiting the advantages of technology that is commonplace in other fields. In such a bureaucratic domain involving manifold stakeholders, at Dynamo Ventures, we’re excited to partner with founding teams seeking to solve these problems and to capture the opportunity of a more mobile future.

Thank you to Santosh for reading early versions.‍