The Importance of Barges in North America (Part 1)

The under-appreciated piece of our continental supply chain 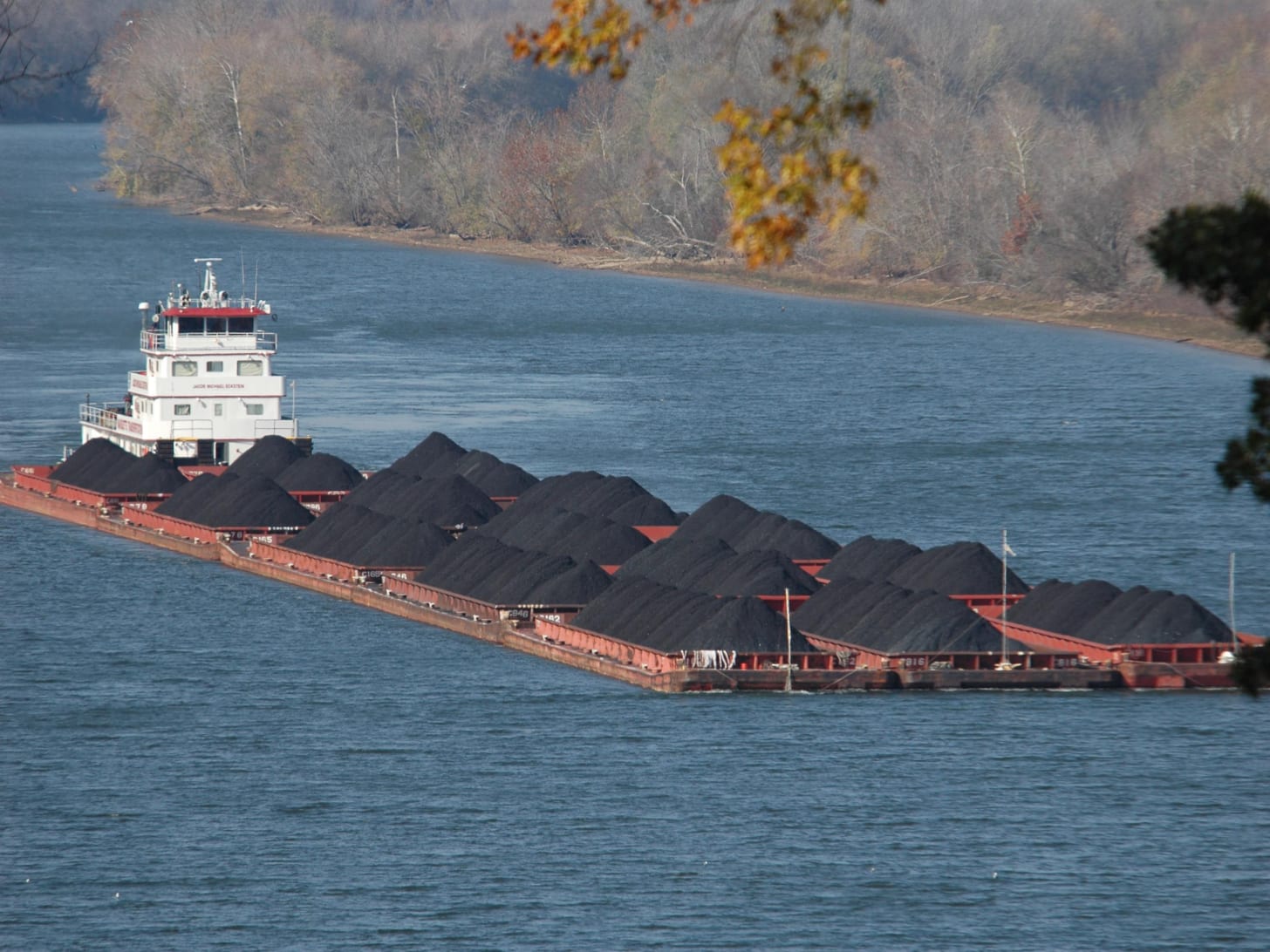 For many, barges do not elicit much excitement in regards to their applications in supply chain. These slow-moving inland ships are typically overshadowed by new innovations in automation, data analysis, and almost every other aspect of supply chain. However, what these vessels lack in flair, they make up for tenfold in practicality. Silently moving through the US waterways, they help transport a large variety of necessary goods from coast to coast. They are capable of holding 25,000 tons of cargo at at time. From oil and grain to machine parts and military vehicles, barges keep the nation’s economy flowing without fail.

Understanding the Barge, Tugboats, and Towboats

Barges are not just one slow moving metal platform, however, as they are made up of several elements all working in unison. The barge itself refers to the flat-bottomed container vessel that holds the cargo and is guided through the water by either tugboats or towboats. Towboats are diesel or steam-powered boats that are linked together with the barges and serve as the primary means of navigation for these barges in America’s inland waterways. Tugboats share the same type of engines as towboats, but are typically used for pulling barges and other vessels in harder to navigate areas or ports. In America alone, there are roughly 4,000 tug and tow boats navigating over 28,000 barges through 38 states. This equates to over 800M tons of barge cargo being moved through inland waterways every year. Even with millions of tons of cargo being distributed around the country, barges still remain one of the most environmentally friendly ways to ship goods. Barges are able to move one ton of cargo 647 miles while using only a single gallon of fuel. In comparison, trains are able to travel about 447 miles per gallon, and trucks, being the least efficient, are able to travel roughly 145 miles per gallon. This high fuel efficiency is exactly why freight companies have been using engine powered barges for the last 200 years.

However, barges have been in existence far longer than just 200 years. In fact, the concept of a barge has been a part of human culture for over 8,000 years, which proves that their reliability and cost-efficiency has stood the test of time.

As early humans began to break off into tribes and venture out into the unknown, boats started to play an integral role in the relocation of goods. The flat-bottomed vessel well-known today was originally derived from a boat created over 8,000 years ago during the Neolithic Stone Age. This boat was called a “Pesse Canoe” and consisted of a simple hollowed out tree trunk that held one passenger. Naturally, this canoe could not hold much cargo but fundamentally served as the foundation for future sea-faring vessels. About 1,000 years later, Egyptians innovated on this primitive hollowed-out design and expanded on it tremendously. The Egyptian “reed boat” was made of papyrus, and was used to help establish one of the earliest trade routes along the Nile, Euphrates, and Tigris rivers. As trade grew, so did the need for larger capacity sea-vessels. The design of the reed boat soon was changed by merchants off the coast of India, and was more inline with the style of barges abundant today. The Uru or “fat boat” was a large wooden boat that could hold over 400 tons of cargo and was powered by wind or rowing. This more complex ship was used to transport everything from food and cattle to civilian and military passengers. The boat’s successful design remained largely unchanged for several thousand years and resembles ships used by settlers in the discovery of North America.

America: A Competition of Waterways vs Railroads

With the founding of America came the need to establish a nationwide infrastructure. In 1784, while establishing the James River Company, George Washington proposed a bill to create the James River and Kanawa Canal. He then established the Potomac Company which helped grow the Chesapeake and Ohio canals. This bill, alongside developments in flat-bottomed boats and the desire for westward expansion, gave rise to “Canal Fever” in the early 1800’s. Between 1810 and 1840, canal mileage in the US increased drastically from 100 miles to over 3,000 miles, spurring the development of many locks and dams across the country. This boom in infrastructure created thousands of jobs and made westward expansion more probable. This canal fever did not last forever, though. By the mid 1840s, approximately half of the existing canals were abandoned due to maintenance costs, flooding, and fierce competition from the railroad industry. During the era of canal fever, railroads were also experiencing a period of drastic growth, expanding from 23 miles in 1830 to over 105,000 miles in 1890. The cultural zeitgeist surrounding trains was much more positive than barges during these days as they were faster and more economical. State officials crafted many deals with railroad companies and the federal government to get these iron horses running through their states. The competition between the rails and canals was fierce in the early 1800’s, but trains ultimately came out ahead in 1862 due to the the completion of the transcontinental railroad. This railway connected America’s borders and eventually allowed every state to trade more efficiently with each other, a feat barges simply could not accomplish as they were limited to certain states’ waterways. Barges were not obsolete, however, and continued to improve their methods as the years went on. Originally made from wood and canvas sails, barges started being outfitted with steel and steam powered engines towards the latter half of the 19th century. The designs continued to evolve as the new century began, progressing into the modern barge commonly recognized today. The barges used today draw heavily from the scow of the 1800s, a vessel with a very distinct hull design that was flat-bottomed, flat-sided, and often flat-flat-bowed. Essentially, a modern barge is a large floating platform that is generally surrounded by walls on all four sides. These slow moving platforms have experienced many iterations and vast growth over thousands of years and are still proving to be a vital resource for America’s economy.