The Global Impact of Shipping Containers

How a metal box dropped shipping rates by 97% 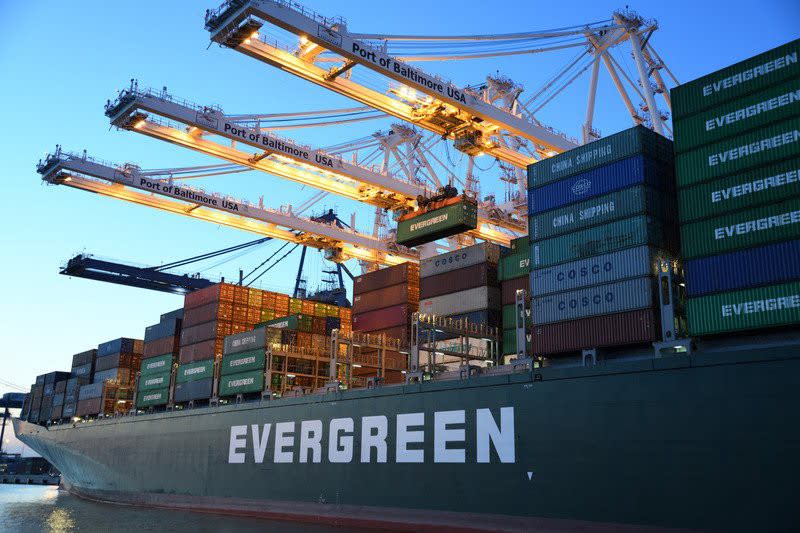 Although not often the focal point, shipping containers are a crucial piece of the global supply chain as they have created a more efficient and standardized way to transport a variety of goods. Shipping containers are rectangular boxes that are made primarily in 20-foot and 40-foot lengths, or 1 and 2 TEU respectively, with the 40-foot container being most commonly used today. They are made of aluminum or steel with the size specifications established by the International Organization for Standardization, also known as the ISO. These containers are able to be stacked efficiently due to the fact that their size is so strictly regulated, which has significantly decreased the time and labor it takes to move goods from trucks and trains to ships.

The modern version of these reusable and rectangular boxes was developed over 60 years ago, however, mankind has needed to transport goods for thousands of years. Prior to our modern inventions, a break-bulk shipping process was used. During this process workers had to load cargo from the land in various boxes, bags, and crates onto the ship and then unload it when they arrived at their destination. This required many dockworkers for several hours dependent on the amount of cargo, which often resulted in ships being in port for longer periods of time than at sea. This costly process needed to be streamlined. Over time, the process of shipping goods was slightly changed in order to alleviate some of the intensive labor needs. The use of bundling bags with rope and utilizing pallets became common practice, however, as railways and trucking increased, the lack of efficiency in transporting cargo from land transportation to ships became apparent.

From Trucking to Shipping

The modern shipping container was developed in 1956 by Malcolm McLean. He worked in the trucking industry and continually watched as dockworkers unloaded all of the goods from the trucks and loaded them onto ships. The boxes were organized as best as they could be with differing shapes and sizes, but it was highly inefficient. McLean realized that if he could simply take the trailer from his truck and place it on the ship, the time to load the ship would be significantly reduced. He also realized that if the boxes’ dimensions were standardized, more goods would be able to fit on each ship. Through utilizing McLean’s design, the process of loading, unloading, shipping, and storing goods became easier. The containers were not only strong, but also stackable and theft resistant.

Although the idea of a shipping container was necessary, it could not work unless each piece of the transportation system could integrate the container. Containers had to fit with ships, trucks, and trains, as well as be easily moved between them. This is why container sizes became standardized so that all systems could adapt to the explosion in popularity of shipping containers. By 1961, the ISO set standard sizes that applied to the global shipping industry, making the utilization of shipping containers accessible worldwide.

When McLean designed the container, cargo dropped from $5.86 per ton to load onto a ship to $0.16 per ton with an ISO shipping container. A sweater can travel 3,000 miles for only 2.5 cents by sea. In 2013, 90% of trade across the globe was seaborne. With nearly 20 million shipping containers worldwide, global trade is quicker and easier than ever. These containers, carried by 6,000 container vessels, make over 200 million trips per year. In 2014, America alone imported $1.73 trillion worth of goods through shipping ports. Shipping containers continue to create a larger global market, making our world smaller, and goods more accessible.