Insurance for Truckers and Freight Brokers

The Future of Supply Chain, Episode 34 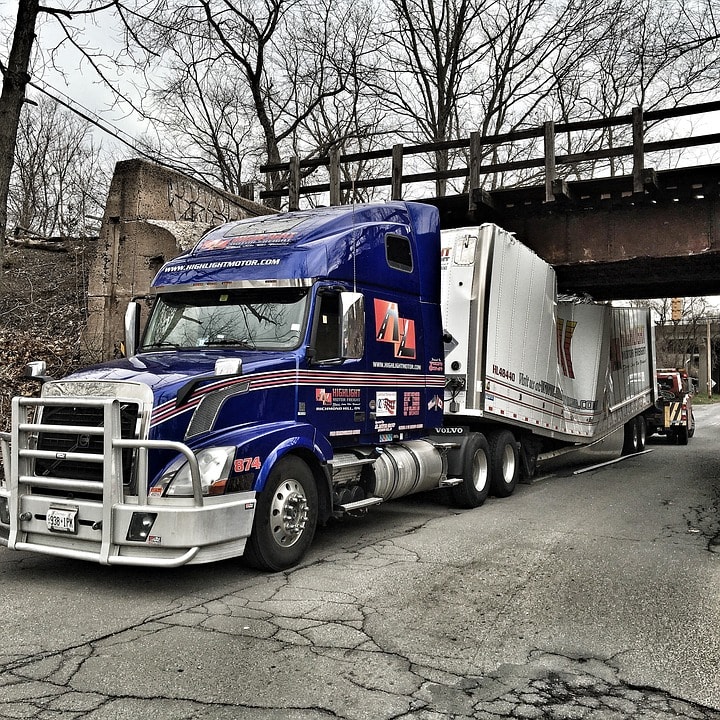 In our latest episode of the Future of Supply Chain podcast, we spoke with Chad Eichelberger, President of Reliance Partners. Chad talked with us about insurance for truckers and freight brokers, the kinds of insurance a trucking company should purchase, assuming liability in supply chain operations, and technology’s role in the industry.

Chad is one of the premier operators in the supply chain insurance industry, and he has a wealth of leadership experience and wisdom to share. He started his career in supply chain at RaceTrac Petroleum before leading the Access America team. He began his work at Access as a logistics manager and worked his way up to become president of the company before it was sold to Coyote Logistics, where he served as President of brokerage.

Next, Chad set his sights on co-founding a supply chain business: Reliance Partners, a firm that helps brokers and carriers purchase trucking insurance. Reliance focuses primarily on logistics and transportation insurance, is licensed in 48 states nationwide, and works within a number of insurance markets.

What kind of coverage should a trucking company purchase?

Chad says insurance for trucking companies should cover more than just auto liability. Typically, he says, small trucking companies that are just starting out should purchase about $1 million in coverage that includes cargo coverage, physical damage, and workers’ compensation.

“Auto liability coverage has been increasing as of late,” he says. “Freight brokers are getting brought into these accidents, and they’re being named and accused of negligent hiring or vicarious liability where they may have exercised control over the motor carrier.”

Chad says it’s important for trucking companies to consider insuring their cargo--not just the vehicle. Physical auto coverage takes care of any damage to the vehicle or associated equipment, while cargo coverage ensures the contents of the trailer. There is a wide range of variance when it comes to cargo coverage, with a number of different types of policies and levels of coverage a company can choose from.

“There are exclusions galore, and some policies are extremely broad,” Chad says. “As a trucker, cargo is the central line that is going to keep a customer or lose a customer. If they have an unpaid cargo claim, they're not going to be very happy about it, because a lot of times that's out of pocket.

“We need to make sure that we're doing our best to educate them on the pros and cons of cargo forms, because that can come back to bite you really fast.”

Truckers, brokers should assume their own liability

Chad says Reliance sees many contracts that require freight brokers to fully indemnify and hold a shipper harmless--even to the extent of the shipper’s negligence.

“We're not attorneys,” he says. “We can't offer legal advice to anybody, but I would never sign one of those because there's not an insurance policy out there that is designed to cover the shipper from the freight broker’s vantage point.”

Indemnifying a shipper means a freight broker must hold them harmless no matter what. That means the broker doesn’t have insurance coverage for any accidents that might occur, and the shipper doesn’t have to cover the damage.

“More and more, we’re seeing court cases where the plaintiffs’ attorneys are attempting to pull freight brokers into these lawsuits on a number of different grounds,” he says.

“Contracts are now a lot more one-sided than they were five or six years ago. The shipper, in effect, is able to distance themselves from the risks they were previously taking on.”

Chad says that while there could be an argument made that freight brokers should assume at least some liability for the motor carrier, each entity should assume its own liability in the case of negligence.

“Fundamentally, it just seems like they're asking the brokers to self-insure and put their business in jeopardy signing these contracts.”

Chad believes that it’s the broker’s obligation to act as an intermediary between shippers and trucking companies, doing their due diligence on the motor carrier as best they can.

While many brokerages are now tech-enabled, still others are investing heavily in technology to get up to speed with their competition.

“The name the name of the game is loads per head, who can be the most efficient, and how technology can enable them to go out and do that,” Chad says.

Tech also saves money on insurance costs, when leveraged effectively. For example, insurance companies have begun utilizing electronic logging devices in their underwriting. They gather accurate information about the driver’s behavior and safety compliance. More often than not, this tech protects trucking companies, as well as slashing their insurance costs in some cases.

“All we can do is educate truckers and freight brokers to the best of our ability, and let them protect themselves,” Chad says. “Cameras are a great thing. A lot of people see them as somewhat oppressive, but at the end of the day, we've seen a lot more situations where they have saved the trucking company, rather than caused harm to the trucking company.

“Technology is making inroads, and it's not going to destroy the whole market at once,” he says.