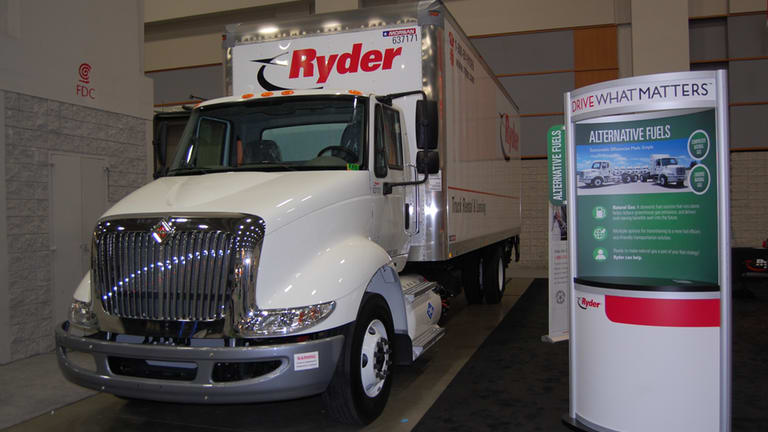 In the latest episode of the Future of Supply Chain podcast, we sat down to chat with Chris Nordh, Senior Director of Advanced Vehicle Technologies and Global Fuel Products at Ryder. We discussed electric fleets, updating electrical and physical infrastructure, and automation technology.

As his career at REDCO progressed, Chris adopted more responsibilities and expertise in managing the fuel needs of a shipping fleet. Over a nearly 15-year-long career at REDCO, Chris has advanced from his initial position to other fuel-intensive positions, such as managing fuel pricing and the financing of alternative fuels.

Eventually, Chris made his way to Ryder. He undertook the responsibility of continuing the development of Ryder's advanced vehicle & fuels strategy. He did this by introducing new products and services to the marketplace that help customers to offset their GHG footprint and lower the total cost of ownership of transportation assets.

Chris is uniquely qualified to speak about the inevitable changes coming to the shipping industry as electric vehicles and automation shape the future terrain of the industry.

As energy storage and associated technologies improve and continue to be integrated into the modern fleet, expertise in electric as an essential powertrain and the appropriate infrastructure to recharge fleets is increasing evermore in demand.

“A medium-duty vehicle with an internal combustion engine is only about 40% efficient,” Chris says. “That means only about 40% of the energy goes to compelling the vehicle forward. In the electric world, the electric motor is so efficient that, when using the power and the batteries, you have 85% or so going toward propelling the vehicle forward.”

With these vast improvements in efficiency, the shift towards electrical will drastically improve the logistics landscape.

From a logistical standpoint, the critical focus is not necessarily on how the technology is being developed or what the next breakthrough will be, but rather how to optimally integrate said technology into an already extant fleet to improve the fleet’s overall operation. Part of successfully integrating electric is figuring out how to charge the fleet.

“As far as charging an electric fleet, the first place that we need to start is researching what's required from a charging perspective,” he says.

It’s critical to understand how a fleet’s charging needs will impact existing infrastructure. Outdated structures may not easily accommodate the changes, which may mean updating the structures before implementing an electric fleet.

“Right now, the majority of buildings out there that are supporting fleets are aging, and that means that their electrical infrastructure is not great,” Chris says. “That that comes with both opportunity and challenges.”

The process of updating infrastructure to accommodate the shifting fueling requirements of fleets does come at a cost. It will also be a challenge to update buildings and their current electrical systems to handle the load of charging a fleet of vehicles.

However, these required changes could be an opportunity in and of themselves. Many buildings that will require updating may have a number of other issues and areas of inefficiency that modernization might be able to address, making the update a tremendous gain in the long run.

One of the specters looming over the shipping industry is the advent of automated vehicles. The possibility of shipping fleets being able to pilot themselves is incredibly attractive to some but totally horrifying to others.

Chris predicts that automation won’t be replacing drivers but will instead simply make their jobs more comfortable.

“We believe that autonomous technology is going to play a significant role over the next few years in creating more comfort and safer driving environments for our professional drivers,” he says.

Chris seems to strongly doubt the idea that fully automated vehicles will be used for shipping any time in the near future. Quality of life improvements granted to drivers via automation may actually help to alleviate one of the shipping industry’s greatest problems.

“Probably the biggest problem that trucking is facing right now is the driver shortage,” he says.  “Technologies already start paying off when you can show increased driver retention and satisfaction.”

In other words, automation may help to reduce some of the traditional problems associated with being a trucker, allowing the industry to attract new drivers of an appropriate age range.

Consumers are sitting on returns; get ready for the rush

Joining as our third Venture Fellow

Announcing Our Investment in nextmv