A reflection on the holiday and its effects 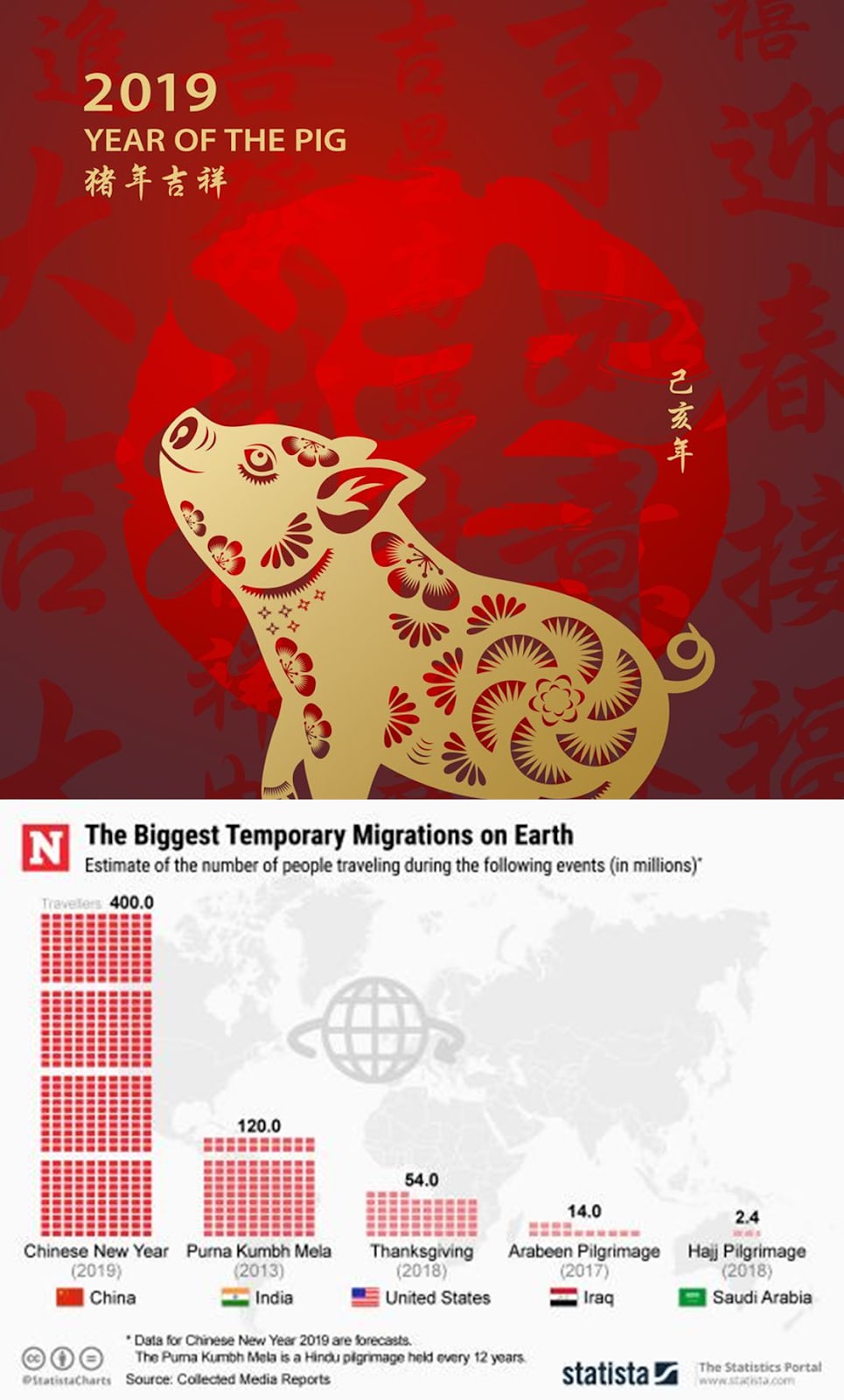 For the vast majority of Americans February typically only means Super Bowl Sunday and Valentine’s Day. It offers up a perfect reason for people to connect with friends and family while enjoying snacks, drinks, and friendly rivalry. However, as these parties die down, and Americans return to work on Monday, nearly 1.4B people are gearing up for the biggest party in the world. This massive gathering is the Chinese New Year, or Lunar New Year, a 15-day celebration of the new calendar year. While the Chinese run on the Gregorian calendar that most of the world uses today, this Lunar holiday allows them to celebrate their heritage and customs on a date other than January 1st.

So what exactly is Chinese New Year, and what does the celebration entail? To begin, the Chinese New Year is similar to the American New Year, and includes some of the same customs. It is a way to ring in the new year with loved ones, all while partying the night away. The event takes place on the second new moon after the winter solstice, which usually falls between January 21st and February 19th. The Chinese calendar associates the new year with one of twelve zodiac animals and one of five elements. 2019 is the year of the pig, and “earth” coincides as its element this time around. This symbolism plays into the fun of the event, as certain people are considered “lucky” according to the zodiac animal and element associated with the year. This translates into their celebrations, as people young and old will hand out gifts to anyone they see in an attempt to boost their luck for the year. There are many traditional customs associated with the holiday, such as wearing red, handing out envelopes filled with money to kids, and only eating certain foods for good luck; however, this holiday is mainly focused on togetherness. This togetherness carries over into everything that the Chinese do around this time, and almost the entire country comes to a halt in order to celebrate. Chinese law dictates that employers give at least seven days of paid vacation time to every employee during the holiday season. Even though this celebration is centralized around Chinese and Asian cultures, it affects nearly every American in some capacity. But first, let’s look at what happens inside China?

Leading up to the holiday, there is a huge boom in intra-regional travel referred to as a “great migration” as roughly 385M citizens moved from urban to rural centers to visit older family members. This travel spike is surprisingly similar to the ones experienced in America around Thanksgiving and Christmas. Additionally, there is a huge logistics movement to get gifts, food, and drink to the most interior regions of the country. Considering China has a population of 1.4B and is 3.6M contiguous square miles across a variety of terrain, this is no easy feat. Freight flows require intermodal, over-the-road, and last-mile systems to operate in full force for three to four weeks leading up to the holiday. It’s estimated that citizens spend $13B celebrating the Lunar New Year.

The holiday causes the world’s manufacturing engine — consider that 22% of products we consume are produced in China — to pause for roughly two weeks. Many startups we see that rely on hardware from the region plan months in advance to account for a two to three-week production hiatus. It’s also common to see a pre-holiday surge in exports where shipping prices increase by up to 25% to ensure that goods are on ships and planes ahead of the festivities. This year, we saw a surge at the Port of Long Beach and LA as China-US freight was accelerated ahead of tariff talks and were further exacerbated by the pre-holiday push. Chinese industrial companies see this time as an opportunity to refresh their outlook on how their business is operating. They use this yearly slowdown to study and pilot new operation methods and technologies that could lead to better profit margins down the road. It also gives many companies the chance to prepare and plan for the post-season rush, since buyers will be waiting at the gates to get new orders in after the holiday.

As we become more global, it’s important to be aware of the customs and traditions of our foreign trade partners. Happy Year of the Pig to all our friends!