Pressure and adversity will improve the backbone of global economies 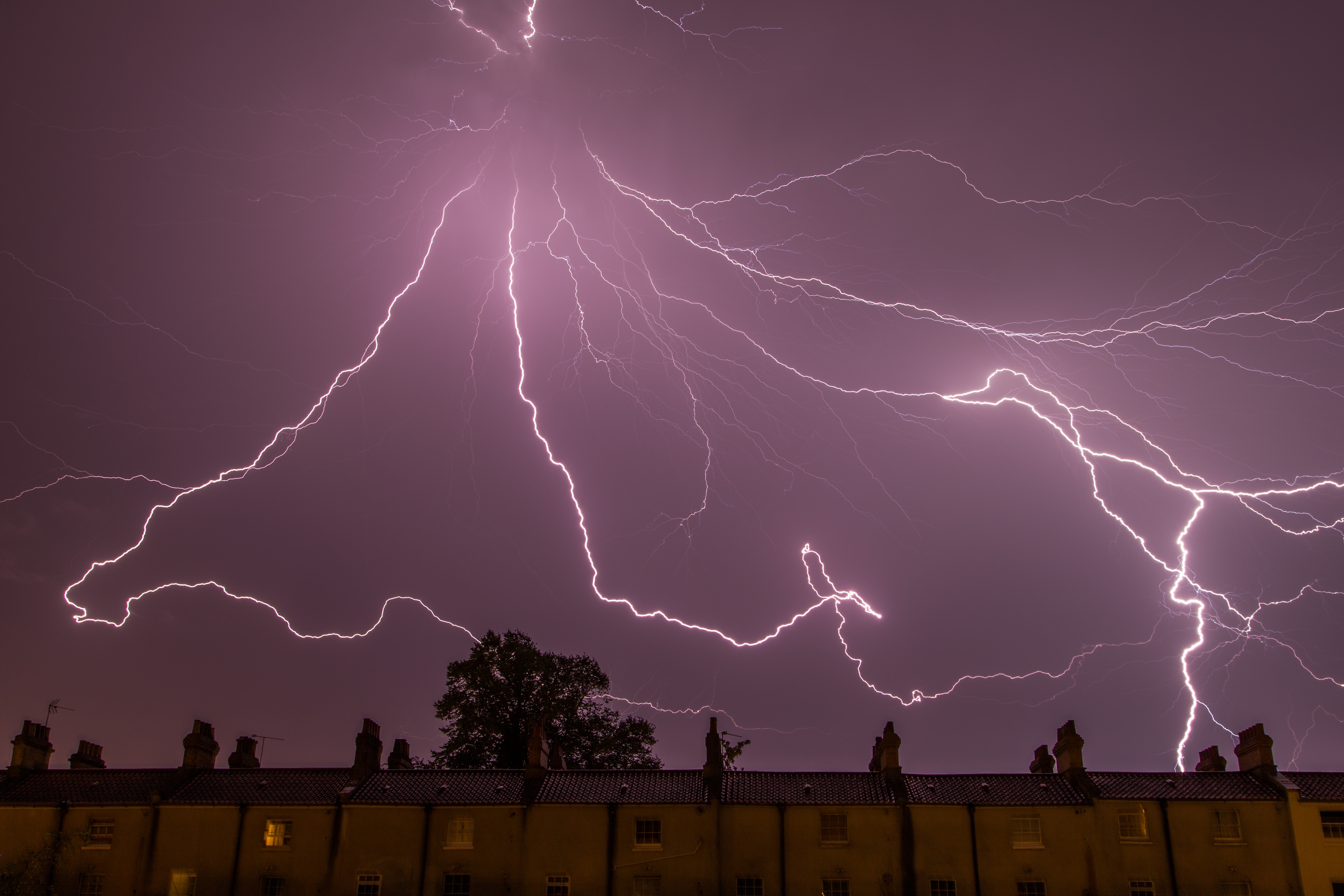 Over the last four weeks, COVID 19 has shown vulnerabilities in the global supply chain that are not evident in a normalized environment. The healthcare supply chain is under intense pressure with a mass shortage of ventilators and personal protective equipment and an inability to quickly route products to areas of need. Similarly, the grocery supply chain is strained as consumers continually “make a run” on inventories of milk, bread, proteins, and toilet paper. While the aforementioned supply chains are vastly different, historic evidence shows the commonality is that pressure and random adversity strengthen the supply chain, the backbone of the global economy. Put another way, supply chains are antifragile.

What it Means to Be “Antifragile”

The concept of antifragility was coined by Nassim Nicholas Taleb in his book, Antifragile to describe things that get stronger through adversity. In his own words-

Some things benefit from shocks; they thrive and grow when exposed to volatility, randomness, disorder, and stressors and love adventure , risk, and uncertainty. Yet, in spite of the ubiquity of the phenomenon, there is no word for the exact opposite of fragile. Let us call it antifragile. Antifragility is beyond resilience or robustness. The resilient resists shocks and stays the same; the antifragile gets better. This property is behind everything that has changed with time: evolution, culture, ideas, revolutions, political systems, technological innovation, cultural and economic success, corporate survival, good recipes (say, chicken soup or steak tartare with a drop of cognac), the rise of cities, cultures, legal systems, equatorial forests, bacterial resistance … even our own existence as a species on this planet. And antifragility determines the boundary between what is living and organic (or complex), say, the human body, and what is inert, say, a physical object like the stapler on your desk.

The antifragile loves randomness and uncertainty, which also means— crucially—a love of errors, a certain class of errors. Antifragility has a singular property of allowing us to deal with the unknown, to do things without understanding them— and do them well. Let me be more aggressive: we are largely better at doing than we are at thinking, thanks to antifragility. I’d rather be dumb and antifragile than extremely smart and fragile, any time.

It is easy to see things around us that like a measure of stressors and volatility: economic systems , your body, your nutrition (diabetes and many similar modern ailments seem to be associated with a lack of randomness in feeding and the absence of the stressor of occasional starvation), your psyche. There are even financial contracts that are antifragile: they are explicitly designed to benefit from market volatility.

In other words, antifragility does not mean a system won’t fail but that there is a capacity to improve as a result of failure in a stress scenario and as a result, there’s a capability to withstand greater shocks. Note that the shocks themselves are random and unknown in nature - a commonality in the supply chain. Also, antifragility is a relative concept without scope or time vector. A resilient or robust system is different from an antifragile one in that the former does not improve with stress but is stable and the same. Putting it into day-to-day context, a common example of antifragility is our muscular system. Our muscles get stronger as we stress them by lifting heavy weights - there are moments of failure but we end up better as a result.

So why are supply chains antifragile? At the core, it’s that times of stress or shock have us rethink the metrics that matter in our operations. History has shown us that exogenous shocks often catalyze a cultural shift to reassess the backbone of our organizations, question operations, and work to address key risk areas.  During periods of stress, we find organizations are more likely to rely on the expert assessments of supply chain and risk managers and in delving into the past we have observed that adversity is the harbinger of improvement in supply chains.

The Spanish Flu was the last global pandemic of note killing 50M people and infecting 500M. The major documented issue with supply chains during this pandemic was the disruption to labor markets given the working age population (15-54 year olds) was severely hit. In a world that was less globalized, this caused a ~24 month downturn in US factory employment and industrial production that ultimately resulted in GDP declining 1-2% in 1920 and 1921 ahead of the “Roaring Twenties.”

While it’s poorly documented, we have found evidence that coal-powered electric utilities exhibited evidence of antifragility in the face of the pandemic. According to the NYT, the work force fell ill and unable to work that caused a decline in coal shipments and resulted in low coal inventories. While there are scant details to the extent of the improvement, we do note that the industry implemented the concept of inventory safety stock. Practically, this meant that facilities began to keep a certain level of minimum coal inventories to withstand future issues. This redundancy might seem expensive in the short run but in the long run, proves to be invaluable.

The 2011 Fukushima nuclear disaster is a more tenuous analog for the current pandemic as a whole but prevails as a prime example of supply chain antifragility in response to a supply shock. Before starting in 2011, one must rewind to 1997. Then, Toyota halted production for 20 days after its supplier Aisin Seiki Co, failed to deliver components as a result of a facility fire. The supplier plant that was destroyed by the fire supplied brake proportioning valves for all but two Toyota models at the time, forcing the automaker to shut down its 18 assembly plants in Japan due to a lack of parts. The slowdown cost Toyota 70,000 units in lost production, equating to approximately $195M.

Toyota learned from this galling experience and developed provisions to avoid getting burned again. When the 2011 tsunami shocked Toyota’s, and its competitors’, supply chains, Toyota was unshaken. Toyota proactively built relationships with alternative suppliers and logistics firms and deployed crisis teams accordingly. The firm actually picked up steam during this time.  2013 earnings were more than four times its 2010 earnings.The automaker had examined its past, coped, learned, restructured, and improved its entire value chain.

In 2009, the H1N1 pandemic, originating in North America, quickly spread eastward through Europe towards Asia. In early spring, Mexico briefly shut down all business operations. In May, the United States shut more than 430 schools across 18 states. At the time, experts discussed risk management and resilience in the JOC. where one advised, “companies should monitor where they are sourcing from and adjust their safety stock to be less reliant on hot-spot countries like Mexico. In Europe or the US, there are good systems in place to contain an outbreak if one occurs. Such systems are not in place in Mexico, China and India, which makes it difficult to determine the impact on production.”

The forewarnings from the H1N1 outbreak are uncanny, "we are placing the longest bet in the history of Las Vegas that nothing is going to happen.” Few were fully equipped to deal with the repercussions. Nevertheless, there was a shining star in Cisco. Cisco was abundantly prepared for the H1N1 pandemic as a result of supply chain risk management that was molded and bolstered by the shock of 9/11. While the firm was not significantly impacted in 2001, the events galvanized them into creating an extremely robust system of teams and procedures to handle future threats, incidentally, H1N1. The team had expanded its initial BCP efforts to include complete mapping of all the nodes in its global supply chain—manufacturing, transportation, component suppliers, etc. The team was also actively communicating with industry peers and experts facing similar issues around the world. The full details of their forceful response to the H1N1 pandemic are here. It’s precisely this intense response that we expect the current situation to beget.

Where Do We Go From Here?

The examples above illustrate an important trait of antifragility — constant learning and execution. We think there are three areas that could help insulate logistics processes from the COVID-19 pandemic.

In the early innings of the current pandemic,  businesses were caught flat footed as their upstream suppliers struggled to maintain output and deliver on contracts. We suspect that this uncertainty will shift downstream to demand channels as Europe and the US enter the peak of the crisis through April. In broad strokes, demand is easier to observe but the return of demand will not be consistent across regions and understanding the nuance can improve logistics planning. The most notable victim so far has been  Apple who issued an earnings warning in February due to slow supplier recovery and weak demand from the Chinese market. More recently, it’s been reported that they face ongoing supply chain issues and are staring down at depressed demand in their core markets.

There is opportunity for a real time supply chain risk management platform. On the back of a “graph” of supply chains, one can facilitate real time monitoring and event prediction for supply chain managers. If people were equipped with relevant data and anecdotes, disruptive forces could be seen earlier offering some extra time to course-correct. In dollar terms, this can help reduce working capital drags, stabilize cost, and more importantly, aid cash flow.

The priority is to secure the people involved in supply chain operations from manufacturing  to international logistics, trucking, warehousing, and last mile. We have seen the effects on warehouses from the ongoing COVID-19 outbreak. Robotics leader, Amazon has reported cases in 10 facilities and ended up having to close those warehouses for cleaning and quarantine protocols. Speaking to industry leaders, it appears eCommerce, parcel, and grocery are most thankful for existing investments that helped the former to manage surge volumes during holidays.

We believe automation investment will accelerate as products and services show their increased value in an environment where we must protect our people and processes from illness and disaster while serving critical demand. To be clear, tasks requiring dexterity, emotion, and context will still require humans but hopefully can reduce the overall risk profile of populations and fulfillment via thoughtful automation.

Related to the above, we see the current crisis as an accelerant to UAVs for last mile delivery. Success is heavily-reliant on regulation, unified safety standards, and continued technology maturation. Consider the risk last mile delivery staff are at as well as the pressure to continue service due to high demand. The stop gap has been curbside pick up and leave at door options to maximize social distances. UAVs would clearly benefit us in a run rate environment where delivery unit economics are poor-to-non existent but seen as an essential service.

Specifically, we believe there is a case for regulators to accelerate their policy frameworks on unmanned aerial vehicles to ensure we get rations, medical supplies, and other essentials in times of need. We have line-of-sight on regulators already considering contingencies to allow this. We suspect there will be an ecosystem that grows around UAVs including: cloud kitchens, safety, energy systems, routing, and traffic management.

At the moment, the crisis might be overwhelming and hard to navigate but the supply chain is poised to benefit as a more secure and antifragile organization.

Thanks to Matt McHugh for helping with research and data gathering, Dalton Fouts and Sean Henry for reviewing earlier revisions.