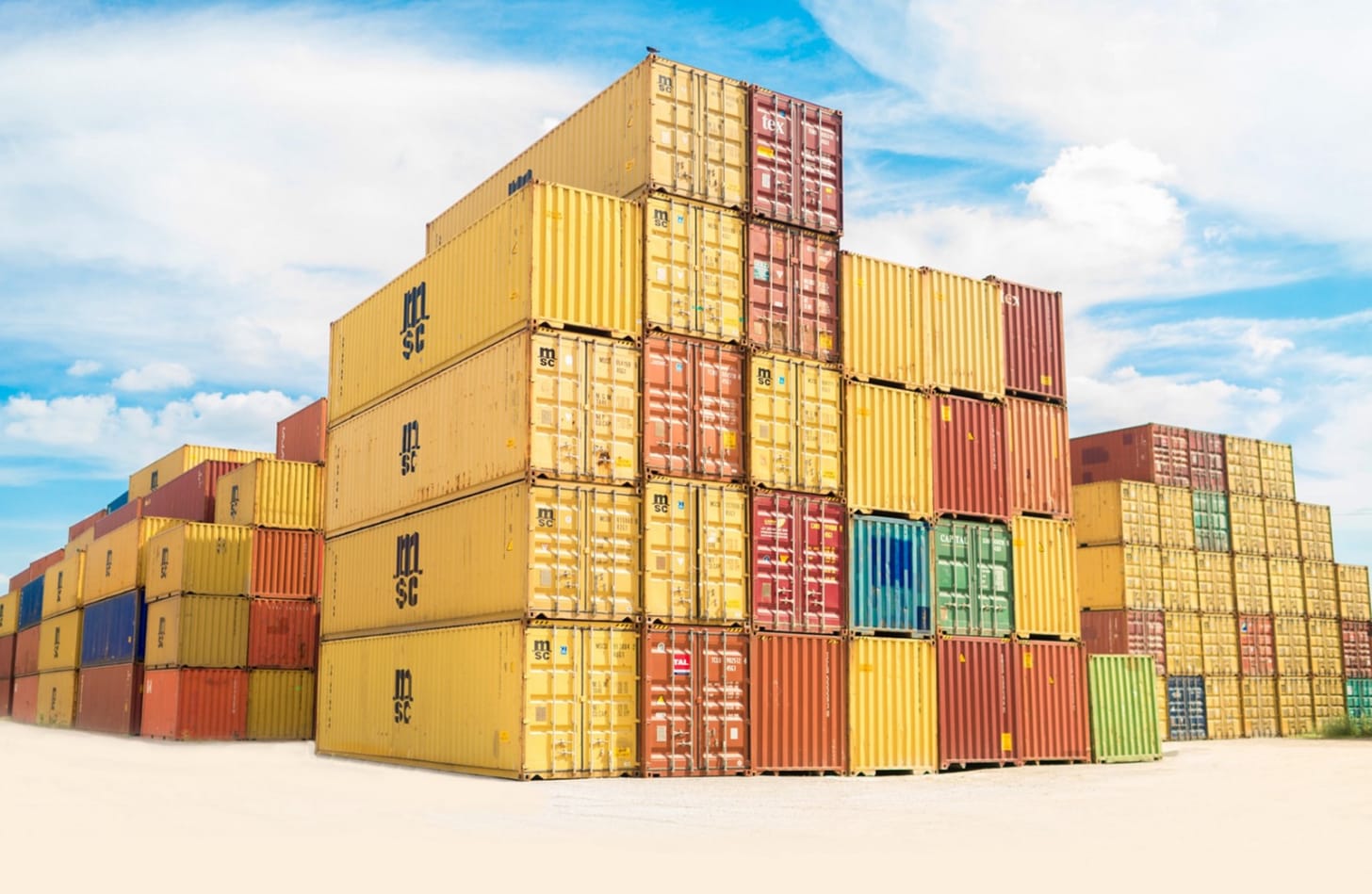 Justin was, essentially, born into the supply chain industry. His father, Larry, was the Vice President of Inbound Transportation at 3M. Larry had a logistics background and an entrepreneurial spirit; he exited the corporate world to start his own business when Justin was a child.

Around the year 2000, Justin asked his dad to take a Multi-Generation Family Business course with him at the University of St. Thomas’s entrepreneurship program in Minneapolis. For him, the course shed light on the work his parents had been doing for the 20 years leading up to that point.

“I started getting used to what logistics was and what supply chain was and what trucking companies were,” Justin says. “Even though I had grown up in this family business, I didn’t really know a great deal about it.”

He graduated from St. Thomas with an entrepreneurship degree and plans to become an investment professional, but quickly realized that path wasn’t a fit for him. Five years into his career, Justin joined his father’s business, Logistics Planning Services (LPS). In 2010, he took over as President of the company.

“We went on a dead sprint for about six years,” he says. “We grew that to north of an almost $250 million tech-enabled 3PL.”

“I couldn’t help but think that there were vertical acquisition or vertical startup opportunities — call it branches off the base of the tree,” he says. “For example, we had a heavy haul organization that we had started, we were trying to branch out into different modes.

“And as we were importing large breakable goods production predominantly from Europe, I decided, ‘Hey, why don’t we just start our own trade for leadership. And we chose Antwerp, Belgium. A lot of precision manufacturing was being done in Germany and the Netherlands, so I went over there and started that.”

Justin built a company called BreakControlTower.com, which filled technology gaps on the asset-base side of carrier businesses. In essence, he created a “TMS shopping marketplace for after-bid carriers to incorporate into their marketplace.

“We bought multi-axle rail cars, we got into real estate, we just looked at any opportunity that was tangential and complementary to LPS and started those companies. Eventually, we exited these to global trans and another buyer.”

Justin and his family decided together that it was time to exit their business.

“As we were going through the exit process, we chose not to run a formal multifactor process. We really had two strategic buyers that we knew we wanted to exit to,” he says.

“We felt it was a very complementary and synergistic exit with either of those parties. GlobalTranz ended up being the entity that we chose to merge with, out of Phoenix. That was fantastic. I think it was great for the buyer. It was great for the seller, great for my employees. And so as a family, we felt good about the exit.”

Most recently, Justin spent three years as an executive at YRC Worldwide, Inc. (YRCW). He joined the team in 2013 alongside his friend, mentor, and YRCW CEO James Welch, who had brought the YRCW companies back from near bankruptcy brought on by the recession. James had been tasked with bringing someone in from the outside who could help the company begin looking ahead to their five-year vision.

“The board encouraged him to find an outside disruptor — a change agent, if you will — that could come in and really help these companies start to think about the next five years,” Justin says.

Justin entered YRCW as Chief Customer Officer, a role created for him and the tasks ahead. He was thrilled to dive in, help the company build out new growth channels, and nurture an entrepreneurial spirit from within. He remains a cheerleader and shareholder for the company.

The Importance of Innovation to the Supply Chain’s Bottom Line

To keep evolving with the future in mind, Justin says legacy companies must innovate rather than pouring so much capital and time into “just trying to keep the legacy business model resilient.”

“So if you can’t innovate, then you better pay for it off the shelf or through strategic vendor partnerships, where they have the talent and they have the ideas and they can get you where you want to go faster.”

Justin says founders in the supply chain business can take advantage of low-hanging fruit, both pre- and post-sale, to increase their bottom line. But these solutions are often overlooked.

In the pre-sale period, Justin recommends that business founders think about:

“Your best R&D and product ideas are going to come from these people that are steadfast in the industry and have seen it all,” he says. “This is a people game.”

In the post-sale period — after building a platform and middleware that will help drive value in the business, control costs, and increase sales — leaders should consider:

“There’s nothing that says you can’t build those those revenues into your business, for deep implementation for consulting for those professional services, if you will, that are lucrative, right?” he says. “They can help fund the growth of your business so that you’re not constantly relying on external rounds to fund your growth and your development.

“I get that you’re not necessarily going to get credit for those revenues in the same way that you’re getting the software revenues, but it’s still important, if for no other reason than to have a really happy and satisfied customer.”

Justin also says an often-overlooked post-sale avenue to innovation is looking to the customer for feedback.

“Those ideas don’t come during the prospecting and discovery phase, they come during implementation,” he says.

The users are subject-matter experts who can provide real-time feedback on workflows, integration points, and much more — then, the company can improve on those touch points and make the product better than before.

The Importance of Technology Integrations for Supply Chain Startups

More than building their own platforms and systems, Justin says it’s important for companies to integrate with technology solutions for future efficiency and growth. But rather than jumping ahead to AI and machine learning, he believes process automation will be the primary tech to revolutionize companies.

“Process automation at scale is going to be something that revolutionizes the constructs of what your organization looks like, what your cost structure looks like,” he says. “I can’t wait.”

For now, supply chain team leaders must be committed to motivating their teams and engaging with them to inspire passionate work.

"The people that lead those teams don’t have to be the smartest in the room; they have to have the most authentic commitment to the path, whatever that roadmap is, that has been established and disposed upon that team. That leader better be authentically committed when they’re engaging the team and trying to passionately get them to do the work. At least that team has to be able to respect them, because they get that that leader, fundamentally and authentically, believes in the mission."

If you’re building a venture that can make the freight brokering and the servicing process more delightful with automation, give our friend Justin a shout. Listen to Santosh’s full interview with him here.