The Importance of Barges in North America (Part 2)

Understanding the infrastructure and environmental impact 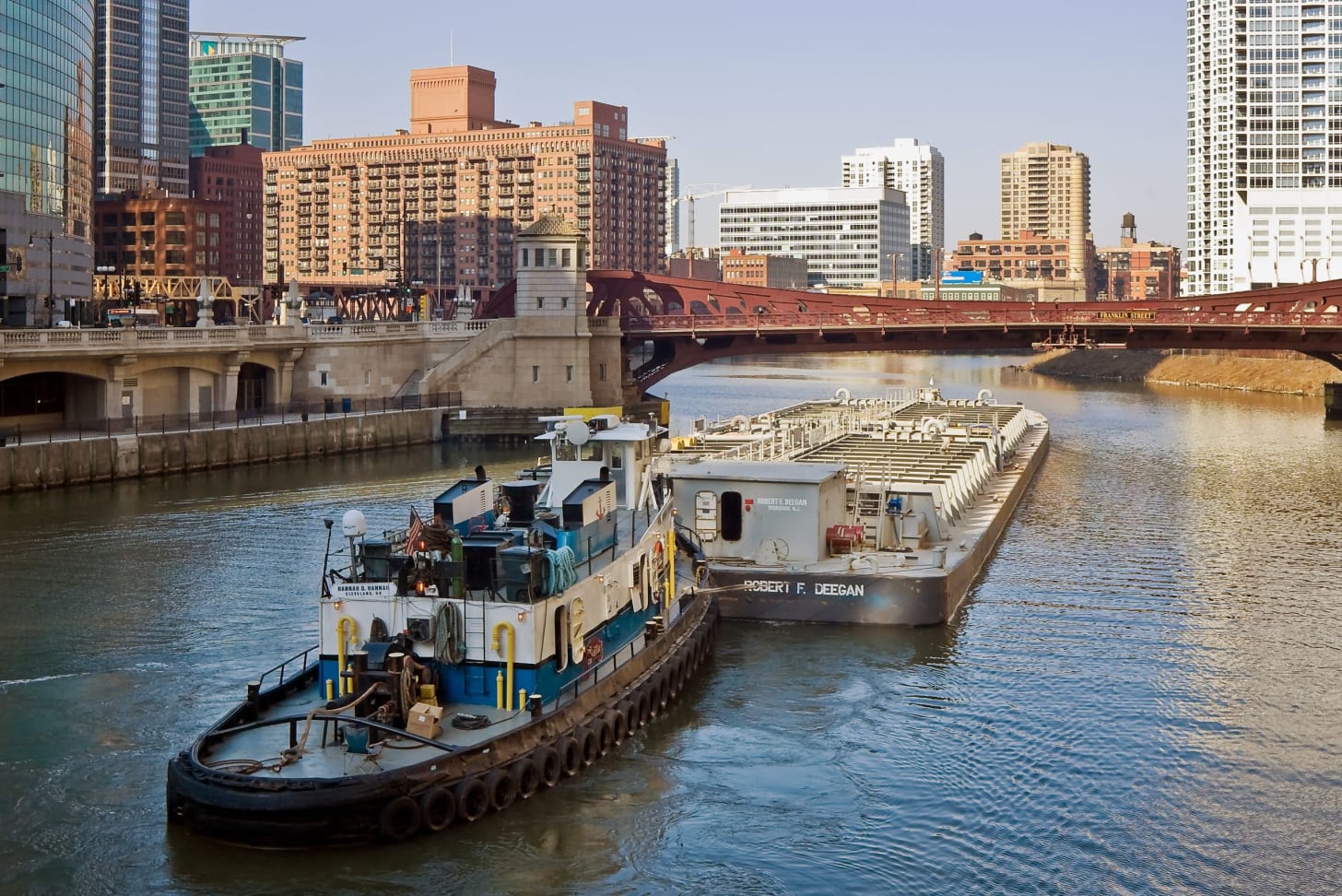 Throughout their vast history and countless iterations, barges still remain one of the best ways to move large amounts of cargo across the country. The infrastructure has expanded from a few states in the 1800’s to a current operation of 38 states running 25,000 miles, and experience steady growth (CAGR expected to be over 3.4% by 2025 from 2019). There are now 275 active lock sites nationwide, which monitor the flow of 240 chambers. Modern locks are generally 110 ft in width and 1200 ft in length, which allows a towboat to push 15 barges through at a time. Alongside the demand, locks have increased in size since their humble beginnings in the 1800’s. The average lock during that time was about 600 ft, and the drastic increase in size of the locks prove that large amounts of cargo are being shipped now more than ever.

The State of the Industry

This increase is largely attributable to the fact that 20% of America’s coal and 60% of all grain are being transported via barges annually. Even with the endless number of goods being moved, barges have once again become the most economical method. One barge can move the equivalent of 16 rail cars or 75 truck loads. All this shipping activity equates to a $22.2B industry. As previously stated, this shipping industry is expected to continually grow year over year. Companies are now heavily investing in state of the art logistics systems that allow for accurate transit times. This transparency is crucial for customers, as barges typically have longer delivery times, and are a major part of intermodal transportation. Along with break throughs in technology, companies are experimenting with new designs of the barges themselves. For example, the LNG Bunker Barge is a modified vessel that allows customers to ship liquid and reefer containers safely across larger bodies of water. The design also allows for freight to be stored in a warehouse like setting, meaning that there would less barriers of entry for shipping.

Another benefit of implementing barges into the supply chain is their impact on the environment, or lack thereof. Barges not only have the capacity to move the largest amounts of freight versus any other method, they do so while remaining the most environmentally friendly. A recent study by the Environmental Protection Agency suggests that inland waterway vessels produce 33% less pollutants than diesel trains and 373% less than diesel trucks. In total, all tug and tow boats combined only emit about 2% of the nation’s total transportation carbon monoxide output. Barge noise pollution is also drastically lower than any other transportation method. The majority of all noise pollution comes from cars and trucks, which are both significantly higher than air or train. Barges on the other hand, move silently through the waterways as their high-torque, low speed engines are typically underwater. The only noise you may hear is the warning horn that alerts other vessels of the barge’s location. Air and noise pollution are not the only effects barges have on the environment, however. The waterways created for these large vessels, have also made it possible for wildlife to thrive in areas that would not have been possible before. Man-made lakes and dams in particular have helped conservation agencies monitor the vitality the nation’s ecosystems.

While barges may not be the most exciting form of transportation, their importance to the supply chain could not be more overstated. For centuries, they have remained one of the most reliable and cost-effective ways to move goods through inland waterways. In today’s freight focused world, barges are continuing to push the economy forward and account for $22.2B of North American shipping activity. These large-capacity vessels are an integral part of the supply chain, and they are showing no signs of slowing down.